After some days with the new Microsoft Surface 4 Pro I'm quite happy with it. One thing bugged me was the poorly SSD Performance. Microsoft use a Samsung M2 SSD with NVMe Protocol, actually a quite fast little thing. But a SSD Benchmark showed me unbelieveable bad performance at the Random Write and Threaded read: 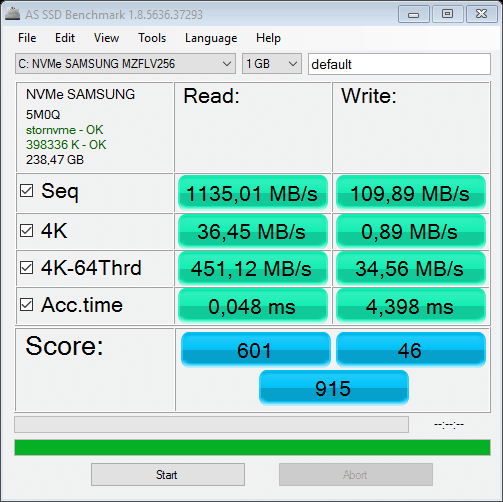 0.89 MB/s thats terrible. After a little Research I tried the samsung NVMe Driver instead of the native Win10 one and look at the Improvement: 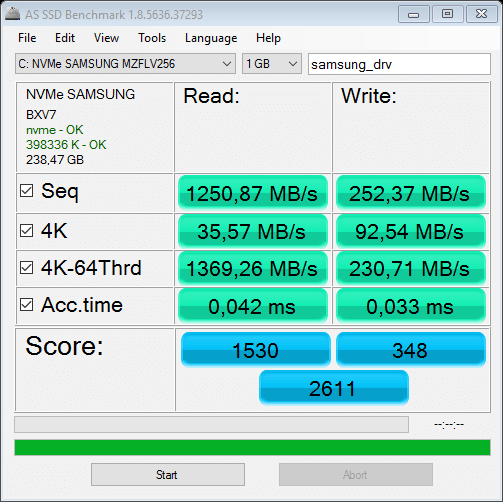 A current controversial Discussion is the Problematic of the NVMe Driver to cause high System Active States (Battery Drain). In my Case I couldn't reproduce this, but other users on Reddit found the PCIe0:PR5 Device (The SSD) to stay 100% Awake after the upgrade.

So please try and judge by yourself, this is a Screenshot of the Command:  powercfg /sleepstudy when the SSD is not causing drain. If you have a red Line with "Unregistered, SB.PCI0.RP05.PXSX" or similar causing a high acive Time you should revert the Driver to Original. To do so simply go to Start > Settings > System > Apps and search for "Samsung NVMe" there you can uninstall it, reboot and you're done.